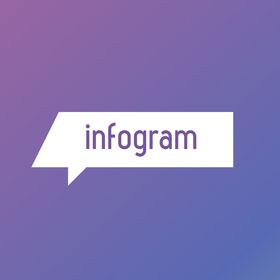 Infogram is the world’s simplest application for making infographics.

Create interactive infographics and charts with a few clicks, place them in your article, blog post or share with friends. With some 500 000 infographics created and 10 000 new sign-ups a week it’s the fastest growing data visualization community in the world.

Charts
Infogram provides the easiest experience for publishing a chart online. It takes just 2 minutes to upload data, customize the look and share or embed an interactive, beautifully designed chart. With a built-in spreadsheet engine and 30+ data visualization formats it’s an ultimate tool for journalists and bloggers.

Company story
Infogram was started by Uldis Leiterts and Raimonds Kaze on early 2012. Both co-founders has background in journalism and prior of founding infogram have worked together in online media. Start-up has seen an explosive growth since the launch of first demo version in February, it enjoys recognition from the users as well as industry. Company is named “the best new startup 2012” by Arctic15, largest Northern European tech conference.